💬 Let us help you
arrange a course that suits your needs.

Most of our Dublin based courses take place in exclusive areas of north and south Dublin and in accommodation located very conveniently to the city and places of interest. Dublin is the capital and the largest city in Ireland with a population of over one and a half million people. The centre is quite compact making it very easy to visit and most places are within walking distance once you are in the city centre. It is very well served by trams, trains (DART and Commuter) and buses.

The city is beautifully situated around a sweeping bay at the mouth of the famous River Liffey. It is a city that is steeped in history and tradition, and well regarded by visitors as a friendly and lively capital. A main attraction of Dublin is probably the people who live and work here! You will never be far away from someone to help you if you need directions or assistance. A visit to one of the many music bars is a must during your visit. For more serious sightseeing you can visit Trinity College and see the famous Book of Kells, Dublin Castle and the National Museum with all its treasures not forgetting the Guinness Storehouse and Jameson Distillery. Your tutor will provide you with information about the city and the places of interest you might like to visit. We have made a list of some interesting places to see on your visit to Dublin by following this link - places of interest. 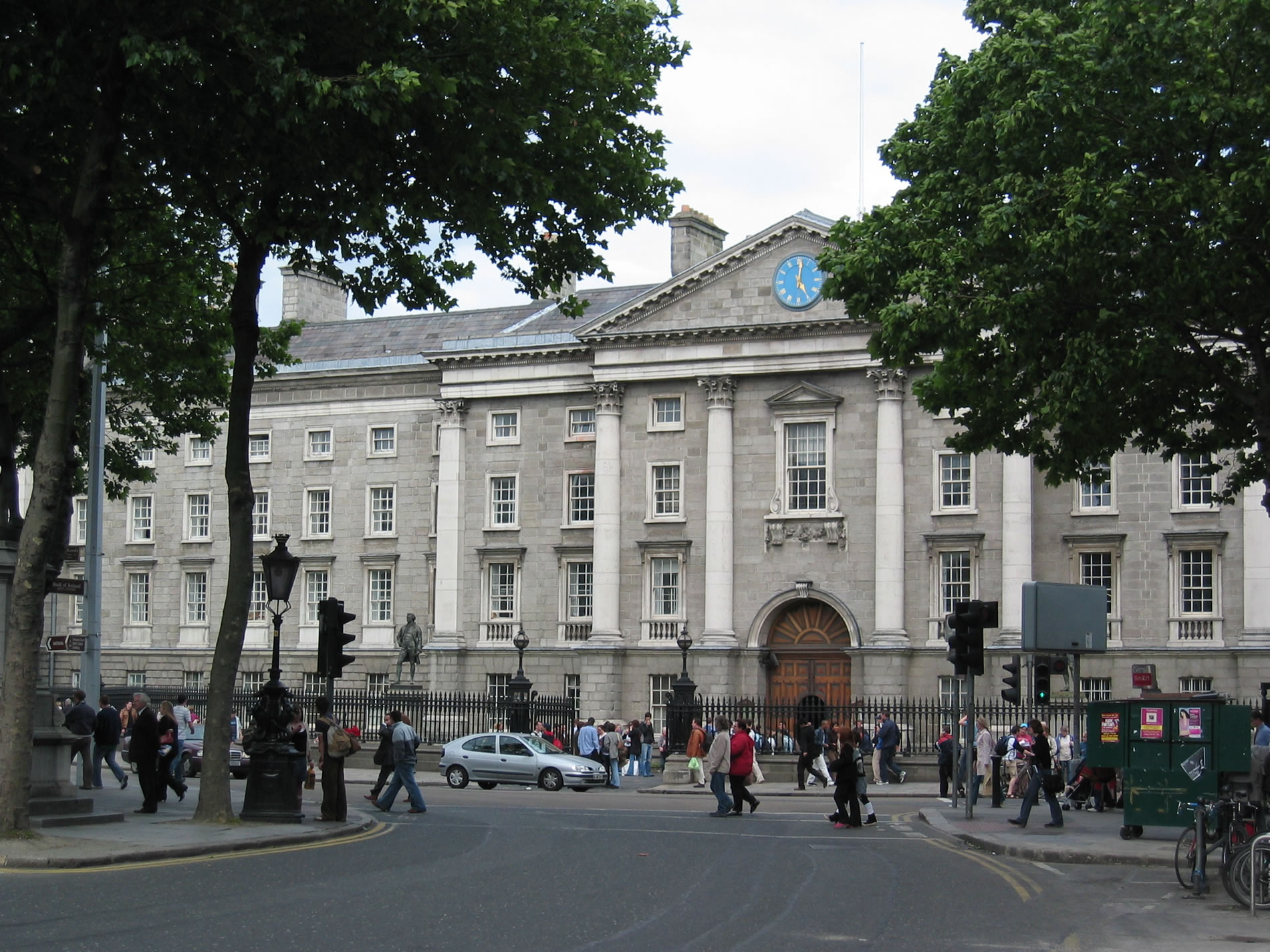 Trinity College Dublin where the Book of Kells is displayed

When you arrive you should be aware that Dublin Airport is located to the north of the city and there are frequent private coach and public bus services to the centre and south of the city. A private operator - Aircoach (Visit Website) - operates coaches from the Airport every 15 minutes to the centre and south of the city - online fares are cheaper than buying from the ticket agent at the Airport. The public transport operator - Dublin Bus (Visit Website) - operates a number of services from the airport including the 747 service to the city centre from immediately outside the Arrivals building in front of Terminals 1 and 2.

Taxis are numerous but somewhat expensive and cost approximately €50 to €60 from the Airport to the south of the city. It is generally cheaper to request the taxi driver to drive through the city rather than the M50 motorway when travelling to the south city and county. Every taxi is legally obliged to be fitted with a fully operating meter and make sure you request a receipt .

The city has 3 main types of public transport other than taxis:

If you are staying in the south city you can take the Green Line tram which runs from Bride's Glen in the south of the city to the north city. The journey time from/to the city centre to Central Park station near us is 20-25 minutes approximately with trams running every 5 minutes at peak times and every 10 minutes at other times. Central Park is a 5 minute walk from us here in Foxrock. The Red Line runs from East to West and is useful for visiting places such as Kilmainham Jail and the Phoenix Park. Return tickets are cheaper than 2 singles and a weekly ticket allowing unlimited travel on the Dublin tram system (LUAS) is also available.

Rather than buy single tickets on a daily basis, it is possible to buy return, weekly or indeed a LEAP Visitor Card (Visit Website) that enables use of all transport with a single card for periods of 1, 3 or 7 days. 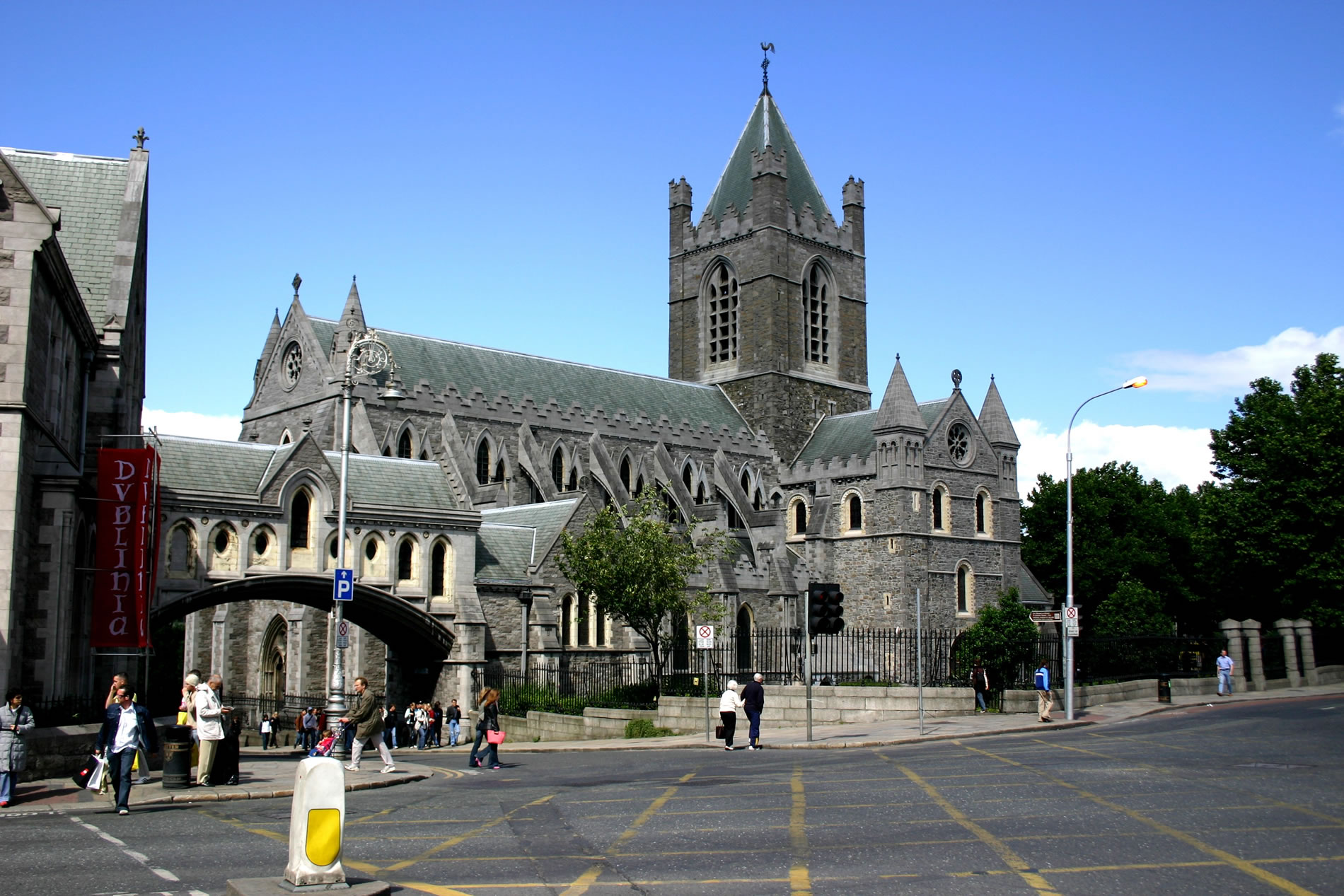 Christ Church Cathedral located in the heart of Medieval Dublin and dating from 1030 with a 12th Century crypt.

There are several banks in the general area including AIB, Bank of Ireland and National Irish Bank. AIB Bank located in the nearby Sandyford Industrial Estate is our nearest. Banks are open 10:00 - 16:00 Monday to Friday with an extra hour to 17:00 on Thursdays. There are plenty of ATM cash machines.

Ireland’s unit of currency is the Euro in common with most of the European Union unlike our neighbours in Britain and Northern Ireland who have the pound sterling. We also have the metric system.

If you have an emergency while you are out of your tutor's house you can phone the emergency services at 999 or 112 and ask for ambulance, police or fire brigade. You may reach us at +353 87 6352057. The police in Ireland are called 'Garda' and are easily recognisable. 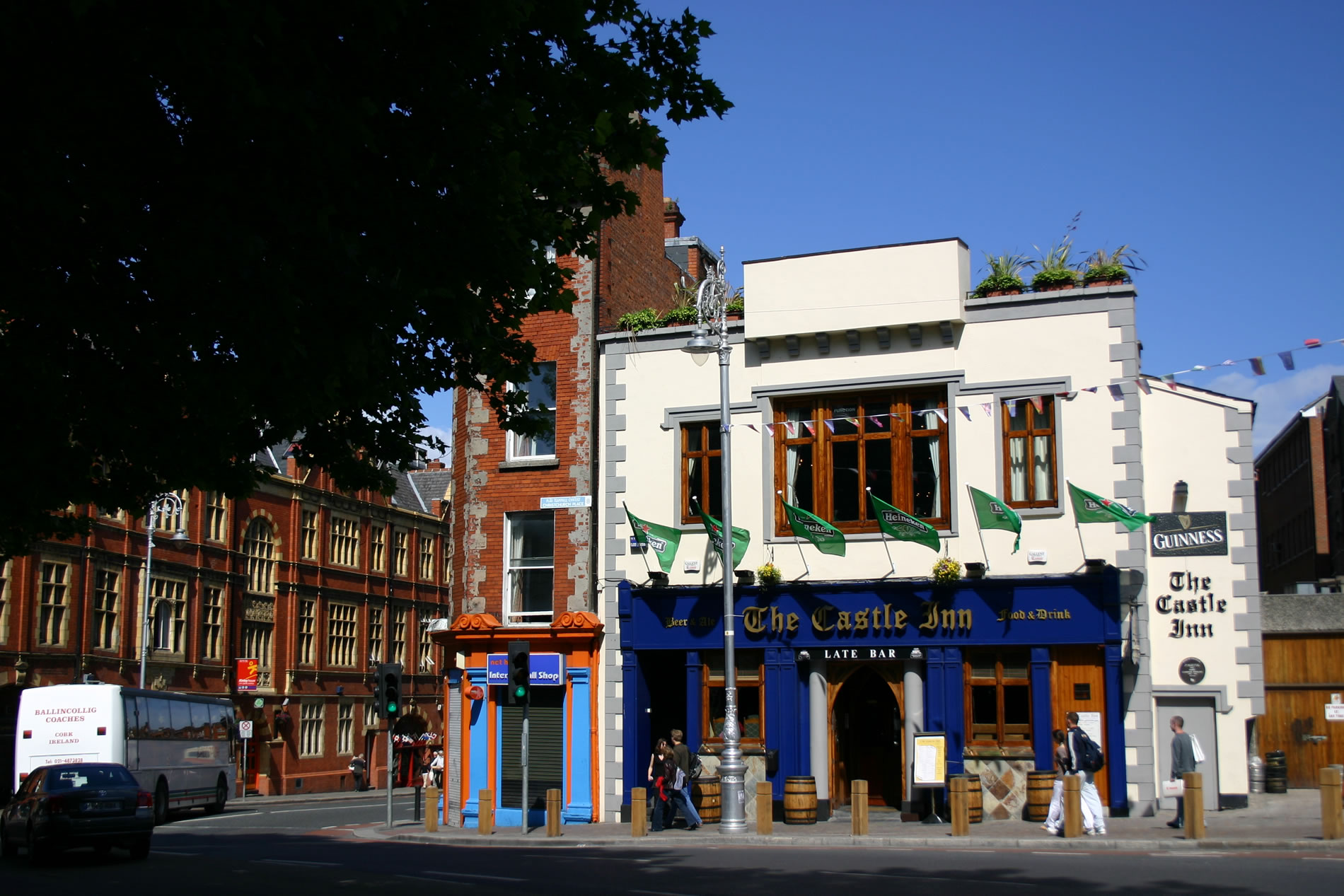 Monday to Saturday pubs are open from 11:00 to midnight. On Sundays the hours are from 12:30 to 23:00. The main Irish beers are Smithwicks (ale), and Guinness (stout). You can ask for a pint (500 mls) or a glass (250 mls) of beer. Spirits (whiskey, vodka etc) are sold by the measure usually with ice and you need to ask for a mixer (white lemonade, tonic water) unless you want the drink straight (undiluted). It is customary to drink whiskey with water in Ireland. You will find many music pubs in the city and not only in Temple Bar which attract a lot of tourists. Please note that smoking in pubs, restaurants and other ‘in-door’ venues is illegal.

If you are from a warm country you will soon discover that the ambient temperature in Ireland is much lower than that to which you are accustomed. You can counter this effect by wearing warm clothes during lessons and in general until you become accustomed to the change. This is very important especially in Autumn and Winter. Irish people generally operate their central heating systems during winter and other cold periods at a temperature of approximately 20 to 21 degrees Celsius. Nevertheless, it is easy to become cold if not moving around regularly.

The weather for Dublin and Ireland can be checked by visiting Met Eireann (Visit Website) which is the official agency for weather forecasting. The weather in Ireland is influenced mainly by the Atlantic and unfortunately it can be wet and windy from time to time. Contrary to many visitors’ belief it does not always rain in Ireland! January to March is quite cold with frost and snow possible. April is showery and June to September can be a lottery - some fine days mixed with rain and cloud. Recent summers have been excellent with weeks of blue skies and temperatures in the mid- twenties Celsius! If you are going out walking you need to be prepared. October through December can be fine but cold. Weather worldwide has been changing for the past number of years and we here in Ireland are no exception!